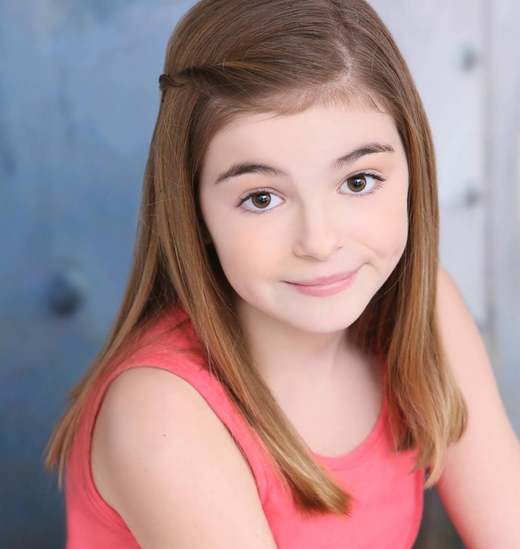 11 year old Skylar Burke has been singing, dancing and acting her whole life. Recently appearing in hit film Noah, she spent a summer filming in Iceland and New York with amazing actors like Russell Crowe, Jennifer Connelly and Emma Watson. Skylar has also worked on commercials and was a featured sketch player on Saturday Night Live alongside Paul Rudd and One Direction. A talented writer, she is constantly writing scripts and screenplays, hoping to become a director as well.

We interviewed Skylar about her new film project: Frenemy!

What does the word Frenemy mean?

A frenemy is a person who was once a friend but has turned on you and become an enemy. Sometimes a frenemy was just pretending to be your friend just to hurt you, or other times you’re on-and-off friends and the person isn’t someone who can be completely trusted because they end up continually hurting you.

What inspired the film?

The film was inspired by my past experiences with bullying, and having my own frenemies… and my wish to help other people overcome their struggles with the same issues. This project means so much to be because I have been the victim of social bullying myself.

Would you tell us about your experience of bullying in real life?

I have had all my friends turn on me, spreading rumors, talking about me behind my back, taking friends away from me. I lost my happiness and cried just about every night. I thought I was the only one this was happening to, but after more thought, talking with people and researching, I realized I was wrong. I wrote Frenemy as a way to let out my bad feelings. Then I realized that if I actually produced this film, I could help other kids realize that it’s NOT only happening to them. They can get through this, and they can find their happiness again.

What do you hope to come of the film?

I want to bring Frenemy to film festivals, and also possibly get it distributed into schools to and help other kids and spread awareness about bullying.

How important is social media safety to you?

Social media safety is very important to me. These days, just about everyone has a social media account (ie. Instagram, Youtube, Twitter, Facebook, etc) and not everybody uses it for good reasons. Some people use it as just another way to hurt others, and I want to change that. Some kids don’t know how much it can affect someone.

My favorite social network is either Instagram or Youtube, since those are the ones I spend most time on!

What is your favourite positive quote?

“If you think sunshine brings you happiness, then you haven’t danced in the rain!”

To read more about Frenemy and support the project, visit the Indiegogo page and follow them on Twitter: @FrenemyTheFilm!