Sean O'Brien aka 'Dancing Man' talks to us about cyberbullying and has a message for his bullies! 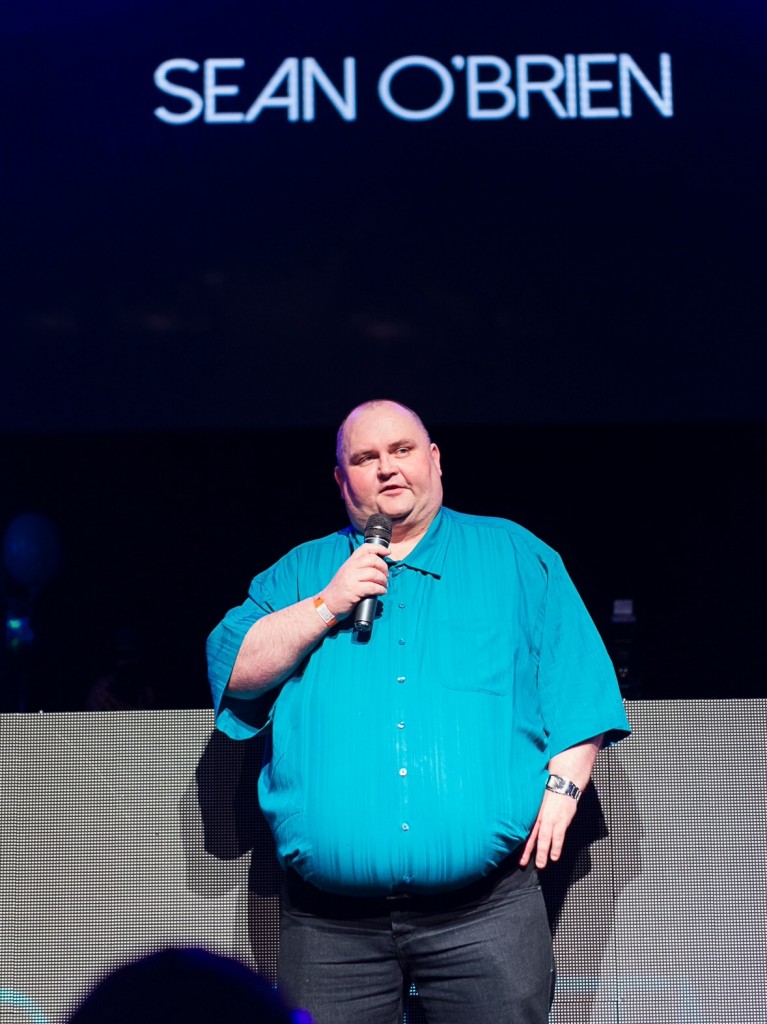 Hi Sean, it’s great to chat to you! First off we want to thank you so much for all your help with raising awareness of Cybersmile and also the problem of cyberbullying and digital abuse in general.

So, how is celebrity life treating you? What’s it like being famous?

In my eyes i’m not famous! I’m just a normal person who has got to go on a great adventure and a great journey! (For more information about Sean’s story read our previous news article about the campaign).

What’s your favourite social media platform and why?

I use Twitter and Instagram, and I wouldn’t have used them if it wasn’t for what happened to me! It’s great for staying in touch.

It should be a blessing if it was used in the right way, but it’s 50/50 at the moment, there are definitely more negatives highlighted online. Only 1 or 2% of social media posts I see myself are negative but that’s the stuff that gets highlighted in the media, and that’s a shame (Visit our Cyberbullying on Social Media section for help).

Do you receive much abuse online?

Touch wood no! I’ve probably had 2 or 3 things that’s all. Generally everything I see is very supportive and complimentary (If you are affected by abuse online visit our Cyberbullying Help Centre)

Do you think enough is being done about cyberbullying and abuse online? What more can be done?

Over the last 12 months awareness of cyberbullying has increased, it’s really positive that Twitter and Facebook have quicker controls to report abuse so thats positive, unfortunately though I don’t think that it will ever stop.

What advice would you give to someone suffering with cyberbullying and abuse online?

Use the tools that are given to you on the platforms and the charities that I have worked with.

Going back to the original incident, how did you find out about the abusive online material being circulated with you involved?

I actually got a phone call at 7.30am on the Friday morning from a close friend – he said “Are you aware you’re all over the internet?” I logged on and actually saw the support before I saw anything bad. I just smiled! I couldn’t stop smiling. I’ve never seen the negative! If the letters of support weren’t there, I don’t know if I would ever seen them and I probably wouldn’t have even seen the abuse because I didn’t use social media!

And now you’re a regular Twitter user with a loyal following!

I use Twitter and Instagram, it’s made me realise what good they can do – I thought it was intrusion because you have no control over who sees what. My feelings were correct but fortunately in a good way! I can see the benefits and the pluses to these things, it’s a tool for the positive.

How did the cyberbullying feel?

I wouldn’t have stopped and thought about it if it had never happened. I’ve never really felt negative about it though.

Have you had time to deal with what you’ve been through in terms of the online abuse or has life just been too much of a whirlwind to stop and think about things?

It’s all been so fast I haven’t thought about it. I’ve done some amazing things and have some amazing things coming up. I’ve got a follow up with NBC with The Today Show for the end of the year highlights. I’m also writing about what’s happened to me. It’s the first time I had written down what had happened – and to read it all back made me look twice and think “did this really happen?” whatever has come along I’ve tried not to say no, because the message is so important. I’ve never felt sense of personal gain from anyone, i’ve always said lets focus on the charities and the anti bullying aspect and that’s what we’ve done.

What would you say to someone who says that cyberbullying is a joke?

Who is it a joke to? Is it a joke to you or the person you are bullying? Jokes with friends are usually verbal and behind closed doors. To be on a public forum is laughing at someones expense rather than laughing with somebody. It may be banter but it may not be seen like that to who the joke is about (We have some really useful Coping Strategies if you are affected by online abuse).

If you could say one thing to the people that were involved in your cyberbullying/abuse online what would it be?

“Why?” plainly and simply why? Why didn’t you come and speak to me that night? We could have had a laugh together? In the past I’ve danced and laughed with people – I still don’t know when the pictures were taken of me, I wasn’t aware! What were you hoping to achieve? The charities I’ve helped have achieved the most! Actually, I have made some amazing friends too! so yes, I have benefited but it’s never been about me it’s about helping the charities.

You’ve even met Meghan Trainor! How was that?

Yes! She’s really down to earth, it was such a surprise! they just whisked her out and I was so on the spot – she’s a really nice girl and we had a great chat. Everyone I’ve met has been so genuine and open. No one has done this for self promotion and that’s amazing (Check out our exclusive interview with Meghan Trainor).

Finally, do you have a favourite positive mantra/saying that you use to motivate yourself?

“Remember the good far outweigh the bad!” That’s the best advice I’ve been given.

If you are affected by abuse online then visit our Cyberbullying Help Centre or explore our Total Access Support facilities. For further information about cyberbullying and our work, see the suggestions below.

We’d love to know what you think about Sean’s positive attitude towards cyberbullying and online abuse! Tweet us @CybersmileHQ with your thoughts.