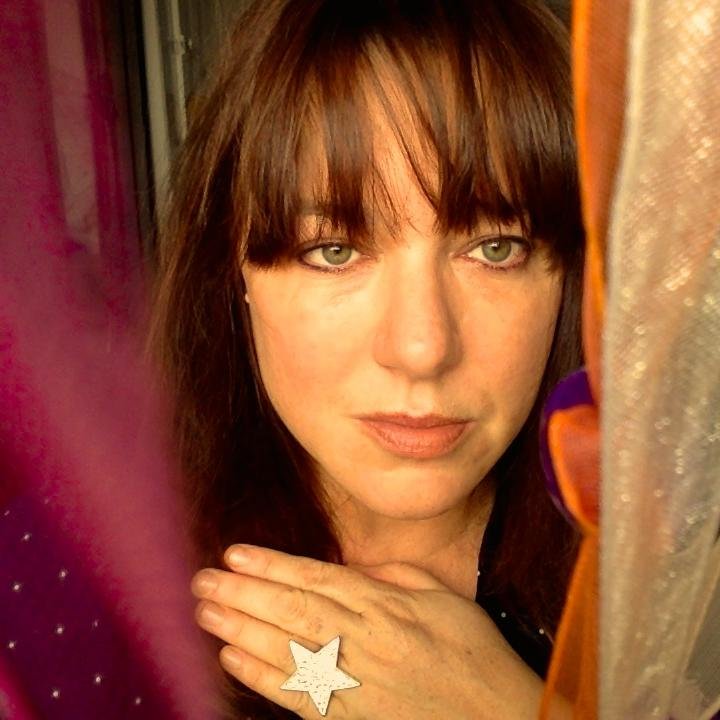 Writer and astrologer Jessica Adams discusses the tragic suicide of her friend, Australian TV personality Charlotte Dawson; how did trolling and online sexism contribute to her death?

One night in September 2012 I came home very late from seeing a band in Melbourne, where I spent half the year living in Australia. It was about 2.00am when I logged onto Twitter and the first online friend I saw was Charlotte Dawson, who is a household name in Australia thanks to her TV appearances. Charlotte’s name is now mostly associated with her suicide, following the vicious harassment of her on Twitter. Of course, I didn’t know that was where she was headed, then.

I could see her struggling with a live stream of vile Twitter messages, popping up every two minutes, but it still didn’t occur to me that she might have been feeling suicidal. I was tired. It was very late. I sent a message telling her I would see her in Sydney, her home town, and added a couple of digital kisses for moral support against the attacks. Then I fell asleep.

The next morning, Charlotte Dawson was on the front page of the newspaper. She had been admitted to a Sydney hospital after attempting to take her own life. I sent her flowers from Grandiflora, the best florist in Australia. I didn’t know her very well – Charlotte and I had only ever had one breakfast, one lunch and one dinner together – but I attached a note, telling her I would like to see more of her, next time I was in town. I really couldn’t think of anything else to say. We were not close, but I had that weird level of Twitter intimacy with her (Twintimacy, you might call it) whereby I was one of the people she followed, and I knew her slightly – and I had just happened to witness (live) her slow one hour stagger towards suicide.

Charlotte was  best-known for her work as a model and then a TV model judge in Australia – it made her famous – but we met way back when I was working for Vogue magazine and she was a writer too. She was beautiful, brainy, funny, and extremely kind. She could also be a wicked gossip, but Charlotte Dawson was a born star. She could have been a star anywhere in the world, but she chose Sydney. She was also an activist. She didn’t just front good causes for the P.R. like so many bland celebrities – she actually made those causes happen. She lobbied politicians and she harangued the media to see results – and Charlotte being Charlotte – it worked.

She eventually ended it all in her Sydney apartment, in the worst possible way, and like a lot of her Twitter friends, I was kicking myself. I should have tried harder with her. I should have done more.

It occurred to me, on the day of her funeral, that Charlotte might be one of the first social media martyrs. Her death would probably be the only thing that would bring an end to trolling in Australia – or help stop it around the world. At least, I thought, her death would force Twitter to do something about the abuse on the site. Those who knew her, of course also knew that her depression had been around longer than her Twitter use. But the fact is, as she told the media, it was Twitter trolling that pushed her to the edge. Then – one day – she just went straight over it.

Trolling, by the way, is the wrong word for what the nameless, faceless, cowardly, scum on the internet do. I don’t know what the right word is, but trolls to me are silly little 1970’s dolls with pink hair, that we used to win at the fun fair in London as children. There is nothing silly or fun about what women like Charlotte are put through. Those words people shoot on Twitter? They are the ugliest words in the world. Those comments they make? They are personal. In Charlotte’s case,they were intensely personal. As bad as bullets.

Today, as I was writing this story, I read some news about Twitter that came nine months too late for Charlotte. The Independent newspaper in London reported that the company had joined forces with WAM! (Women, Action and the Media) and has produced a form that women and girls can fill in, to report online harassment.

Why are women singled out for very particular kinds of Twitter abuse? Perhaps it’s because we’re just singled out, full stop.

Remember that catcalling video from New York? There are now 46 more of them, made as far away as Mumbai, India.

Women and girls are particularly singled out for hate-speech online, according to several pieces of research, including a recent Pew Study. So if it has happened to you, or someone you know, you are not alone.

We’ve all seen the stories, apart from Charlotte’s case –

As an author, magazine columnist and occasional TV face – in both Australia and England – I have also been on the receiving end of online hate speech. The people who fire the ugly word-shots are illiterate. They are anonymous. They are usually accompanied by a tiny cartoon picture of something that makes no sense (except to its insane user) or, more commonly, a Twitter egg. Or a standard internet blue head-and-shoulders cartoon). It’s awfully big and bold of them, isn’t it.

No names, no faces, no lives – but total freedom to threaten and abuse – successful women in particular – 24 hours a day. Truly, when I first bought a modem back in the 1990s, I had no idea that this is what the worldwide web would become.

The anonymous internet haters in China, Taiwan and Hong Kong are called is bái làn (“white rot”), which derives from a Taiwanese slang term for pale white male genitalia, representing someone young and stupid. In Portugese, trolls are known as pombos enxadristas (chess playing pigeons). Why? because they believe that being trolled is like playing chess with a pigeon: the pigeon defecates on the table, drops the pieces and simply flies, claiming victory.

As Charlotte Dawson found out, anonymous hate speech and threats are one way of getting revenge on well-known women, who have achieved success, popularity and wealth that internet scum, with all their social retardation, can only fantasise about. On the web, any loser can be a superstar with a swarm of sudden interest from a bored and faceless crowd. Let’s not fool ourselves, Facebook, it’s not a community. It’s a messy mass – an anonymous, unaccountable  crowd.

The Romans packed the Coliseum to watch Christians being torn apart by lions. The French swarmed around the guillotine to see people being beheaded. On the internet, the group-attack tactics of internet scum on women and girls, also draw a crowd.

If you are a nobody in your real life, I am sure the the thrill of attacking a somebody can be absolutely electrifying. It makes you feel like a somebody.

When Charlotte was being circled by Twitter sharks during that long, agonising hour in Australia  – I checked the number of followers these people with all their little cartoon heads and illiterate names actually had. She had about 60,000 people on her account. They were lucky to scrape 100. They must have been pathologically jealous of her.

I have been on the internet long enough to remember when anonymity was introduced. I remember being quite baffled by it at the time. Why would you want to be faceless and nameless? Why would you not want people to know who you were, on the internet, when you were chatting to your friends, or reviewing a book, or writing a comment on a news story?

Another question. Which fools, in which corporations, dreamed up anonymity on the internet and why has it become an institution, involving everyone from Amazon to Trip Advisor?

If you walked into the Paddington, Sydney cafe where I last saw Charlotte Dawson having coffee and told her (to her face) ‘Please hang yourself promptly’ and ‘Neck yourself you filthy s***’  (real Twitter abuse) then the waitress would have called the police. Cue court case, naming and shaming, and the impossibility of you ever getting a job or flat again. Unless you changed your name of course.

Are you female and have suffered online abuse? Or are you a male, whose female friends, partners or family members have been abused? Knowing that other girls and women have experienced the same unfairness and ugliness can make you feel less alone; more powerful. Women in a group, supported by men, can change the world.  Write to Laura, the amazing woman behind Everyday Sexism. Send her your stories (the address is [email protected]) or tweet them on Twitter by [email protected], now.

Journalist Michael Deacon reviewing the recent BBC documentary on internet sexism, Blurred Lines, said something so wise, when he wrote, ‘For misogynists, the arrival of the web has been a glorious boon. In the past, admittedly, your prejudices were more readily indulged in everyday conversation, but it was hard to win them a wider audience. You could try getting a letter published in the paper, but there was always the risk that the editor would read it, notice that you were a screaming crackpot, and file it quietly in the nearest bin. It was most frustrating. The web changed all that. Now, no one could stop you from exercising your right to inflict your miserable opinions upon the world.’

Make no mistake. It is the sacred anonymity of the web which is to blame for the abuse of women and girls. It’s a safe haven for some of the world’s most spiteful little cowards.

The psychologists call it deindividuation.

Isn’t it time the masks came off?

It will come too late for Charlotte Dawson, but I hope that one day the internet will be de-masked.  In the meantime, don’t get mad, just sign up to Everyday Sexism.

Jessica Adams is a Contributing Editor at Cosmopolitan magazine in Britain. She is a team editor on the Girls’ Night In series (HarperCollins) and the online astrologer for Harper’s Bazaar. Visit jessicaadams.com

If you have been affected by this story and want to talk about online abuse, get in touch with us or visit the Help Centre for advice.