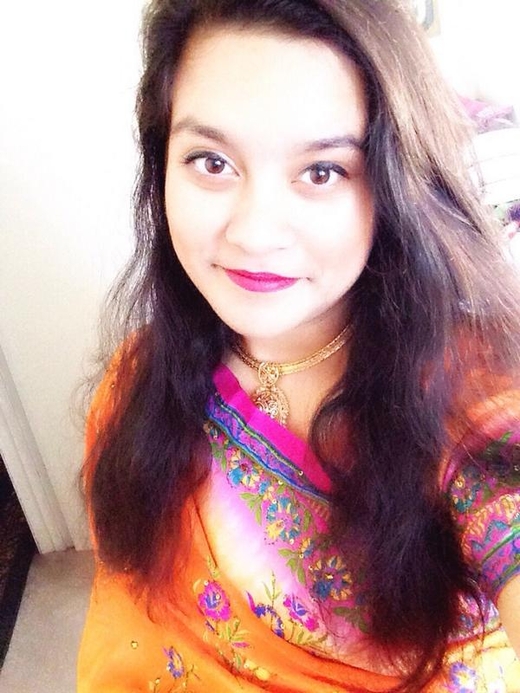 My name’s Jannatin Nisha age 16 at the moment :) I live the area of Los Angeles and I have a few things to say.

As a child, the idea of being secure with myself never came to mind. I’ve questioned my existence since I was 10, hated every aspect of myself, always felt under appreciated in a way. Now I’ve been bullied for about three years from my 5th grade to parts of 7th grade. It hurt the most because my bullies were people that I used to take in as best friends. I was so… so disappointed in myself that I wasn’t worth it enough that I would have actual friends.

Then things took turn for the worst when gossip was spread online from peer to peer about my appearance, about who I am, I just didn’t god damn understand what on earth was wrong with me!?

I was that rat.

I tried to tell higher authorities, but like anyone else I was afraid. I was afraid because telling someone who’s higher then me wouldn’t do much. Just a simple warning and shrug and slip, but it doesn’t remove the stain in my heart from all that had occurred.

I felt so small
I felt alone
I felt dead

I wanted to die, wanted to leave this planet, I just wanted to be loved by people. The endless amounts of things I used to do just for people to like me. I used to have treats my dad would bring in and give them away just so people could maybe consider that I am not bad, I am not bad. I am a human, I am here, and I want to be friends. Just don’t listen to those lies texted to you, written to you… trust me.

Except those girls took that away. (I would name them, but hey it’s not worth pointing fingers.)

Sometimes I barely recall whatever happened because after I collected myself once again, I completely felt my mind wipe away those horrid memories. I was going to relive once again.

Because I couldn’t really tell my parents (since sadly they thought that if they fought with the school things would change. I know it wouldn’t.) It was a moment of hard core depression. It was so bad, those years, I couldn’t be online without fear, I couldn’t look at myself. I lied to myself trying to protect myself, it was just astonishing how I am no longer than person.

If you have someone hurting you, report it. It doesn’t have to be someone that works at your campus (cause please honestly what’s something they’d do? lecture those bullies? Then what?) talk to your parents (unless they question you… )

Speak to them
Let them know

Never NEVER try to attack back, never try to hurt anyone. Instead use those insults they deliver as a weapon. Build something new out of yourself. Become secure, become confident. If you love yourself, if you trust yourself, then anything anyone says is useless. They don’t know who you are. But you do.

Look at yourself in the mirror, be proud. Tell yourself this everyday! Everyday! whether you feel it or not, eventually that confidence will build and the pieces will come together. You will love yourself.

I used my flaws to create something new, someone who doesn’t continue the cycle, someone who gives of positivity and tries their best to bring a smile. (If no one knew I am actually a snap chatter and blogger and I try my best to make doll comedies for anyone and they turned out to be a huge success and people are so happy and I made those smiles on their faces. It just feels good to use the internet for joy, to make people happy. Why can’t we stay that way?) I became someone stronger and to make sure I am able to be strong and stand my ground, I do my best to make others happy.

I want to see you smile.
I have been corrupted many times in my life as a kid, but I am here to stop pain and bring positivity.
I want to be the smile on your face and knowing I can do this builds me.

I am no longer the bullied weakling, no I am someone who’s built walls with open doors to welcome those who needs a smile.

I am now a new person who’s confident and happy online and in real life!

If anyone ever needs to talk my twitter is @stylindolls and I hope you laugh there cause I do a lot of silly tweets haha and tumblr: hazandboo :)

That’s all I have to say thank you!