How is cyberbullying different from ‘traditional’ bullying? 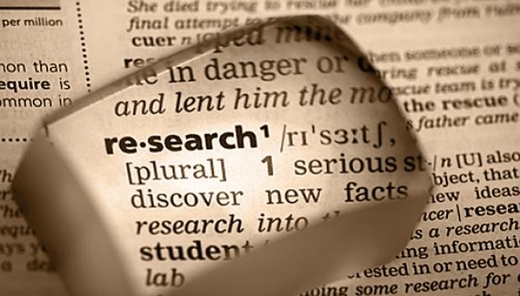 Charlotte Dodds has reviewed the academic research around the topic and written up a report for Cybersmile! If you're confused by existing research, Charlotte's summary is a great place to start! If you are affected by cyberbullying, follow the links throughout the article for access to our various support services.

This blog entry is going to explore the differences between cyberbullying (bullying that is experienced in cyberspace through social networking sites or text messages for example) and ‘traditional’ bullying (that which is experienced face-to-face). In doing so, I will attempt to establish whether cyberbullying is more of a threat than traditional forms of bullying (If you are affected by bullying online explore the Cyberbullying Help Centre and Total Access Support service for the various ways Cybersmile can help you).

The impact of cyberbullying divides public opinion. Slonje and Smith surveyed 360 adolescents aged between 12-20 years of age to examine the nature and extent of cyberbullying in Swedish schools. The findings were discussed in relation to the similarities and differences between cyberbullying and more traditional forms of bullying which led to some interesting opinions from the study’s respondents. Whilst some people argued that ‘(cyberbullying)…is quite inoffensive compared to traditional bullying…’, others took the view that ‘…cyberbullying hurts the person more psychologically…You become more frightened if you e.g. get a sms [text message] that says: ‘I will kill you’’. So which viewpoint is more persuasive? In what ways could cyberbullying be viewed as more or less of a threat than traditional forms of bullying? Let’s find out…

Cyberbullying could be viewed as more of a threat than traditional bullying because:

1. Anonymity, impersonation and decreased fear of being caught
Cyberbullying differs from traditional forms of bullying in that the identity of the perpetrator is often hidden from the victim by creating a false identity (often by means of a false email account and social networking profile). According to Patchin and Hinduja, only 31% of cyberbullying victims knew the perpetrator, whilst 84% of perpetrators knew their victim.

This has dangerous consequences for the victim of cyberbullying, as online environments provide a platform where the expression of negative emotions is allowed to flourish, minimising the perpetrator’s fear of punishment.

“…the anonymity of the internet allows children and adolescents to adopt a more aggressive persona than they may express in real life.” (Ybarra and Mitchell)

2. Lack of supervision
This is a unique feature of cyberbullying which has worrying consequences for the victim. Although social networking sites and chatrooms are making some effort in regard to security and protection of their members by policing potentially offensive conversations and making it easier to report abuse online, it is unclear how effective these measures are in reducing the effects of cyberbullying on victims.

Furthermore, email communication and text messages are difficult to monitor. Alongside this, many young people have computers in their bedrooms with the potential to hide their behaviour from parents or siblings, which may worsen their behaviour.

3. Victims feel imprisoned in their own homes
Unlike victims of traditional forms of bullying who are able to escape from the torments of the face-to-face bully once they are at home, cyberbullying victims do not have that option. Cyberbullies take advantage of the fact that the majority of young people use technology on a regular basis which provides them with the opportunity to harass their victim at any time and in any place, hence they are likely to feel imprisoned in their own homes, with no ‘safe place’ to go.

“there may truly be no rest for the weary as cyberbullying penetrates the walls of a home, traditionally a place where victims could seek refuge.” (Patchin and Hinduja)

4. Harm
Some forms of cyberbullying such as incidents involving the use and circulation of videos and images are said to have a greater impact on victims’ psychological health than traditional forms of bullying because of the permanency of the internet and the speed in which the video/image can spread to a large audience, humiliating the victim in the process.

In the digital age in which we live, social acceptance and online presence is important in the construction of young people’s identity. As such, it is argued that ‘…cyberbullying can capably wreak psychological, emotional, and social havoc…(furthermore) it is not a stretch to say that physical harm-such as being beaten up-might even be preferred by some victims to the excruciating pain they experience from nonphysical harm because the former can heal quicker’ (Patchin and Hinduja).

Cyberbullying is not more of a threat than traditional forms of bullying because:

Whilst scholars such as Patchin and Hinduja maintain that this argument holds some truth, they are not entirely convinced by it. I, too share some reservations as it ignores the fact that victims of traditional bullying can escape the harassment whilst they are at home, which cyberbullying victims cannot. Also, I think there is a misguided belief in the argument that by deleting the email, message, text, the victim is psychologically able to eradicate or ignore the abuse and so the impact is lesser.

To summarise, I believe that the first argument is the most convincing of the two arguments in this blog post- that cyberbullying is more of a threat than traditional bullying. I believe that there are certain features characteristic of cyberbullying which make victims’ experiences particularly harmful. For example, the anonymity of cyberbullies is concerning for victims because it is likely to worsen their behaviour as they do not fear punishment. The inescapable nature of cyberbullying (meaning than victims can be harassed at any time and in any place including their home-traditionally a place of refuge) also worsens victims’ experiences and may increase feelings of depression, isolation and anxiety.

For further information about Cybersmile and the work we do, please explore the suggestions below: