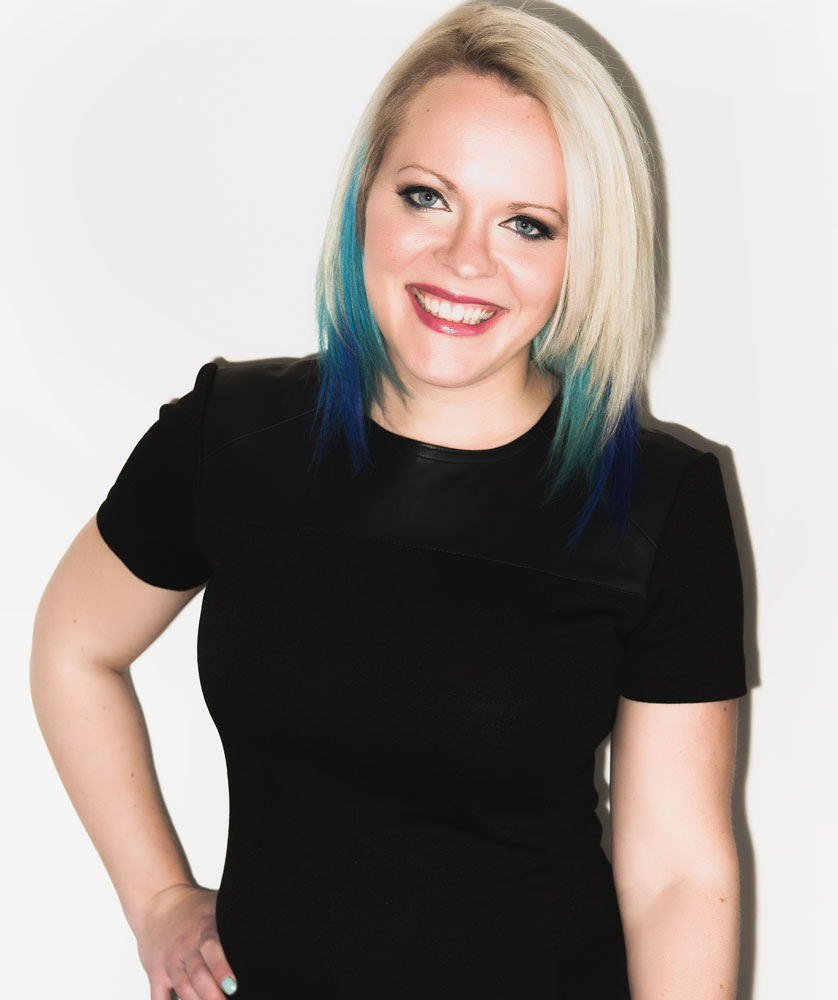 We love the fact that Girls on Games are totally inclusive and anti-discriminatory! If you are in need of any type of help or support for any gaming related issues you can follow the links throughout this article to our various support services.

What is your favourite game? Did you have a favorite growing up?

My favourite game actually just recently changed. Up until mid March of 2017, The Legend of Zelda: Ocarina of Time was my favourite because some of my best childhood gaming memories are of me playing this game with my brother and friends. Now, it’s The Legend of Zelda: Breath of the Wild. This game is so strong and brought so many new ideas to gaming that I was feeling the same euphoric moments of awe that I did when playing Ocarina, yet it has way better replay value.

You are Co-Founder of Girls on Games. Tell us about that?

Girls on Games is a video game and geek culture website operating out of Montreal, Quebec, Canada, but honestly, over the past few years, it has evolved into a community as much as an online property. My co-founder Catherine Smith-Desbiens and I started Girls on Games in 2011 as a blog on a rock radio station website we were working for, CHOM 97 7, as a means to replace some more antiquated content. It quickly grew into something much larger. In the spring of 2014, we launched our own full website at girlsongames.ca and, what started as a two woman show transformed into a team of writers, content creators and streamers with a major passion for games. Alongside the website, which is our home base for all of our content, we also produce two podcasts, have a stream team broadcasting almost every night on Mixer, manage a lively Discord channel and are extremely active on social media.

At Girls on Games, we pride ourselves in being a welcoming community for all gamers. We are an inclusive, pro-equality, pro-diversity and anti-discriminatory brand and that is to be reflected in both the behavior of our staff as well as the content we produce at all times.

What advice would you give to anybody worried about being abused or bullied for pursuing their dreams in the video game industry?

My advice is to ignore the haters! If you are passionate about something, go for it. Reach for the stars. Who are they to tell you no? My life motto is land a job in something you love, you will never work a day in your life. Girls on Games started as a passion project because Catherine and I love video games (it also justifies our gaming habit too hehe) and we quickly realized that there were other people out there that shared that same passion. Because we were sending our love of games out into the world, we have been able to grow professionally through the experiences we have partaken in, work on really cool projects, meet some amazing industry people and make lifetime friends. We would have missed out on all of that if we only focused on the negative.

Have you had any experience of online abuse? How do you deal with it?

It’s funny, with a brand name like Girls on Games, you kind of expect the trolls to come out of the woodwork. Believe it or not, we haven’t really dealt with that much online abuse. I think a lot of it has to do with Catherine’s and my no bs policy and always looking at the positive side. We both come from a background in design and art criticism so we know how to talk about games in a way that is more constructive than negative. Of course, we have encountered the random troll while streaming who throws out a sexist or racist slur, but we ignore and move on. I believe that by not giving the abuser the platform they seek, by not acknowledging their wrongdoings shuts them down pretty fast. Our community also doesn’t stand for it. There is always someone ready to drop that ban hammer when it gets real feisty.

What advice would you give to somebody affected by abuse online?

Use the tools provided by the platforms you are using online to report people. It really does work. Also, find yourself a community of friends and like minded individuals who you can interact with instead. Why focus on the hate when there are so many welcoming communities, like Girls on Games, that will gladly accept you!

What do you think can or needs to be done to reduce the amount of toxicity in gaming?

Reporting systems are one. Though things are getting better, game companies need to take a stand alongside us to reprimand people who are causing the disturbance. We can also look to ourselves as well. If you are playing an online game with someone and they are directing hate speech or something of the like towards another player, call them out. No one needs that, it’s not funny, and it just perpetuates a stereotype that we as gamers are trying to shake off.

Where do you think the line should be drawn between ‘healthy’ competitive behaviour and outright abuse when playing a game online?

I think competition is great! There is nothing wrong with a little competitive banter, some razzing, attempting to throw people off their game. But when it goes too far, with racism or sexism, or it’s obvious that someone is becoming upset, it needs to stop. Everyone just needs a little consideration of other gamers feelings and mutual respect.

How important is trash talk to the overall experience of competitive gaming?

Like I mentioned before, in a lot of competitions like games, sports or otherwise, it’s just as much about getting into the head of the opponent as it is playing better than them. I think it’s completely ok as long as everyone is on the same playing field with the trash talk, they know the limits, and they respect one another and know its about the game, not a personal attack.

What advice would you give to a new gamer feeling nervous about playing online for the first time?

My suggestion would be to find a community that has the same ethos as you and play with them. There are so many different organizations that are all about inclusivity that there is no need to feel scared. Look, I am a terrible at first person shooter games. I was so apprehensive about picking up Overwatch because I was afraid I would be awful and everyone would hate playing with me. But my friends at Girls on Games were positive and encouraging that now I love to play that game and it’s always a time when we meetup online for a round or 10, and I am still really bad at playing FPS games ;).

It’s a little bit of both. Social media makes it so easy to connect with like minded individuals, but at the same time, the anonymity that some platforms enable can be quite toxic. I think social media has definitely done more good than bad in the grand scheme of things, and I cannot imagine living without it. Just know your limits and only open yourself up to the channels and conversations you wish to partake in. If you are uncomfortable, walk away.

What is your favourite social media channel and why?

I adore Twitter. I love the immediacy of it. It’s awesome that in an instant I can shout out something to the world and they speak back. It’s often the first place I go to for breaking news, and there is always something happening in the video game world!

Do you have a positive mantra that you use to motivate yourself?

Just go for it!

Thank you Leah for sharing with us! For further information about Cybersmile and the work we do, please explore the suggestions below.

Have you got an inspiring story related to gaming? Tweet us @CybersmileHQ.