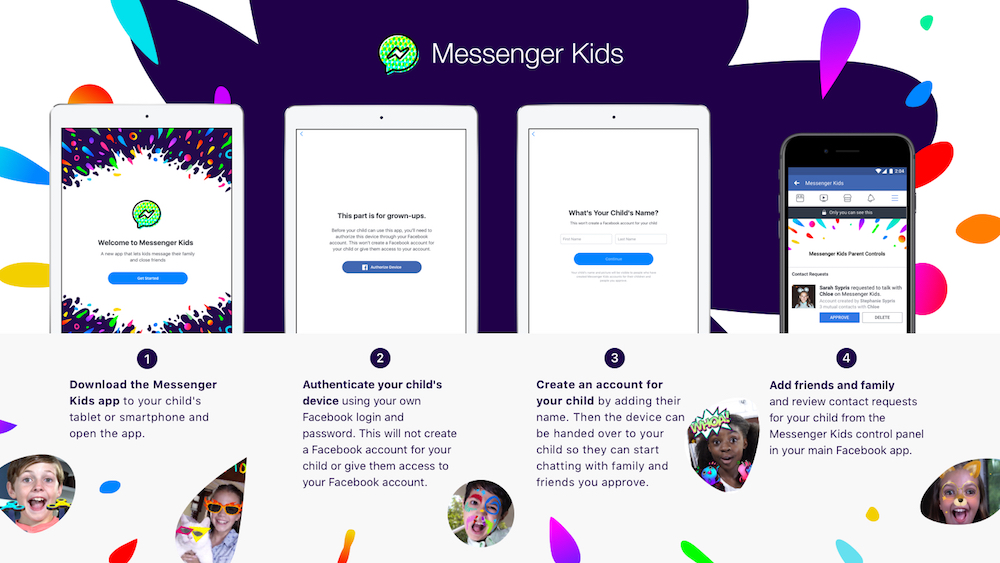 The idea of eliminating the liars by lowering the age restriction, is like lowering the height of the lion cage at the zoo because kids are capable of climbing the fence.

This morning, I went to Facebook and searched for “13 Year Olds.” What I found disturbed me to the point of calling one of my best friends and telling her that my goddaughters needed to be super careful while on Facebook! Both of my goddaughters are barely teenagers. Both are bright, beautiful young girls. But, both are also very young (13 and 14).

My friend was taken by surprise at my sudden, and albeit urgent declaration. Both my goddaughters have been using the internet for school and connection with friends for a year now. So, I told her to go to Facebook and conduct the same search.
An hour later, she called me back and told me that she had placed even more parental restrictions on her daughters’ internet access and monitoring their social media accounts.

My search led me to all kinds of accounts, from 13-year-old animals to people mentioning their own 13-year-old children in positive and wonderful messages, to a few accounts that were less than appealing. In the less than appealing accounts, which were run by unknown individuals, were pictures of beautiful little girls. Under the pictures on these accounts were comments that ranged from “beautiful” to “that’s how I like my girls…young….old enough to have some fun with” to even more awful and sexually charged rhetoric made by people who were clearly adults. About children! Other sites were for teenagers 13-19 to join as a “dating site.” In the “Rules” of these sites were the warnings: “No nude pictures” and “Don’t give out your age, it isn’t safe. Save that for Messenger.” This is incredibly scary!

Now, Facebook has announced the advent of Messenger for the under 13! Please, Facebook, stop and think about what you’re doing!
This morning, I also ran a social media experiment. I created a new account for myself, set up a Google email account under an assumed name and joined Facebook. It was really easy. I declared in this account that I was 15, skipped over the lengthy setup, and joined. I then signed back in to my own account and without friending, following or otherwise connecting with this assumed account, I sent my 15-year-old self a message on Messenger. Then, I logged out of my account and logged in to my assumed account and guess what?! Not only could I see that someone, who would have been a complete stranger to me, wanted to connect with me on Messenger, I could see the message (“This is a really BAD IDEA FACEBOOK!”)
So, now to the heart of the matter: teenagers barely have the skills to maneuver through social situations gracefully. Those skills come with growing up and understanding what to say and do and what not to. A child under the age of 13 does not have the social skills to be responsible for other people’s feelings and nor do they have the insight necessary to recognize and avoid potentially harmful people and situations. Their personal information could be at risk. They could be at risk. The Huffington Post published a blog by Diana Graber in 2014 about just this sort of thing (3 Reasons Why Social Media Age Restrictions Matter).

No parent, regardless of how diligent, will be able to monitor their child’s online activities all the time. And, less scrupulous individuals are counting on it! What if my assumed account had been a real child? And, I had been an online predator looking to connect with such a child? I could have sent anything to that child on Messenger. An enticing photo of a gaming device to get them to connect with me, a compliment, a lewd picture or comment. Regardless of whether or not that child told their parents about it, the damage has been done. The child has seen it/read it. It cannot be unseen or unread. But, wait! There’s more! What if my assumed account had actually been made by an online predator looking to connect with young people? Children might not think about connecting freely with other people they think are their own age. In 2010, the movie “Trust” with Clive Owen was a testament to the dangers of teenagers and children being targeted by online predators. And, to open sites like Messenger to children under the minimum age for Facebook is such a bad idea!

But wait! There’s even more! We must also take bullying into consideration. Bullying is running rampant across social media sites, and children aren’t equipped with the maturity necessary to filter their thoughts down to respectful tones or recognize when what they say is cruel. What might seem like a joke can be harmful. Children also do not have the maturity necessary to recognize when someone else is being cruel for cruelty’s sake. Children are emotional beings and most—if not all—things that are said to them are taken to heart. Why would we want to expose our children to it when they aren’t emotionally ready?

Children can be very cruel to one another and to give them the potential freedom to say and do as they please in a mostly anonymous way is the quickest way to addict them to bad behavior. We already live in an uncensored society where anything goes and everyone should be able to do as they please. But, we seem to leave off the addendum of “as long as it doesn’t harm you or someone else.” When people believe they can do as they please, their best foot doesn’t usually come forward. It’s even more powerful in children because they’re already testing the boundaries of what they can get away within a world of rules.

To give our children a chance at an online experience where they can avoid these dangers, it will be very important to adhere to the age restrictions already in place and, perhaps, raise them a bit. Social media gives our children the ability to block, mute, ignore, and otherwise remove themselves from those who seek to bully them or harm them, but they must be able to recognize when they should use these tools. Their social skills must be at a level that bears responsibility for their actions. But how can it be enforced? As mentioned in Ms. Graber’s blog, children will lie about their age in order to gain access to social media sites. They will do it when their parents aren’t looking and sites like Facebook do not have the ability to prevent it. My little experiment this morning is proof.

Thank you Buffy for sharing your concerns regarding the recent Facebook announcement. If you are affected by any kind of online negativity, we can help! Visit our Cyberbullying and Online Abuse Help Center or use our Global Support Service to receive trained support – wherever you are in the world. For further information about Cybersmile and the work we do, please explore the following suggestions.