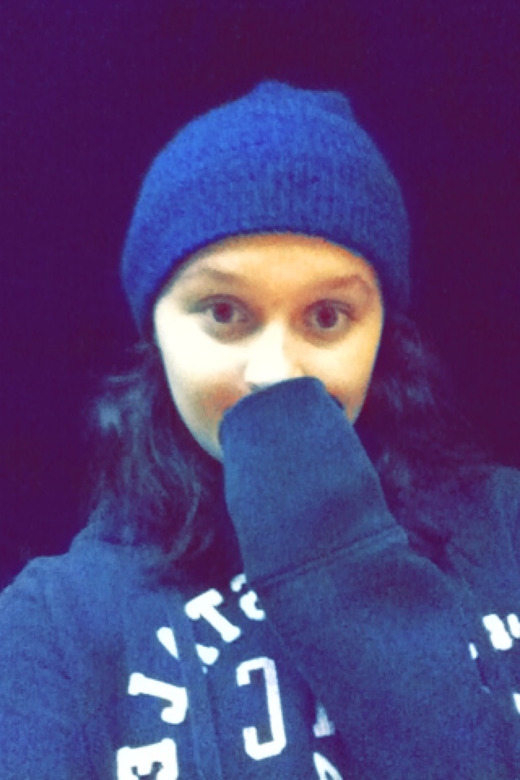 My name is Drew. I am 16 years old and I have suffered from bullying and cyberbullying for several years. It all started when my parents got divorced. I had to move to a new town where I didnt know anybody. I became depressed and had no friends. When I first moved to my new town I began getting bullied by the other kids my age. As the next two years passed the bullying got worse as did my depression.

I remember getting my first phone, I was so excited and I gave my number out to a couple of friends that I had made over the years. Well thats when the cyberbullying started, one of my friends thought it would be funny to give out my number to people and say that I was a ‘dirty girl’. I began getting texts from guys asking for sex and all other kind of dirty things. When I refused them I began getting hate texts and calls from people. Everyday in person, in a text, in a phone call people would call me a “slut, whore, tramp, ect.” and I would get pushed down to the ground in the halls of my school.

After a while the texts and calls died down and I was happy because I thought it was over…Boy was I wrong.
The day I turned 14 I got my facebook account and friended a bunch of people at my school. (Kind of my way of showing that I got a facebook.) All of my so called ‘friends’ began to hate me and started rumors about me online. I got a lot of hate messages on facebook. People kept telling me that I should disappear, and that if I killed myself the world would be a better place. I can still remember sitting in my room curled in a ball crying thinking that what they said was true. I remember walking into the bathroom and grabbing a razor. I began to cut myself over and over. I blacked out while I cut myself, when I came too there was blood everywhere. This was my first suicide attempt.

The next couple of months blurred together and still to this day I dont really remember them. The only thing from those months I remember is getting rape threats. I tried to kill myself again. I decided that I needed to get out of the school I was in. I told my mom I didnt want to go to school here anymore and when she asked why I just said, “I dont like the people.” It wasnt a lie but it wasnt the full truth. Eventually when I turned 15 we had to move back to my old town for my moms job. I was so happy that it was finally over for good and I was finally gone. I was also happy to back in my hometown again. I started up school and I was bullied right away. I didnt think much of it because I know as the new kid you get bullied a little bit. Weeks passed, months passed and I was still getting messages and threats. And throughout that whole time I managed to make one friend (who is still my only / best friend.). I began cutting myself again, but this time the cuts were longer and deeper.
One day my friend was over and it was really hot in my house. I rolled up my tank top to cool off. My friend immediately noticed the cut sticking up from my pant line. She sat me down and I told her everything. She told me to print off the threats and messages. I was so ashamed of myself because I had deleted the message not wanting to look at them anymore. In compromise we went to our schools social worker and told her I was being bullied and that I had cut myself. The social worker called my mom and I was brought to a hospital to get some help. I was put into a childrens psychiatric ward. It was an unlocked unit, which means that I was able to leave my room and walk around freely. I stayed there for a long time. While I was in there I found some great new coping skills, met great people, and found out about cybersmile. I went home on my birthday. A couple days later I went onto Cybersmile and found out ways to cope with cyberbullying. It has really helped me. Im not fully ‘healed’ but am getting there. The bullying has stopped for the most part now its just a nightmare of my past.
By Drew