Discovering The Path of Motus with Michael Hicks 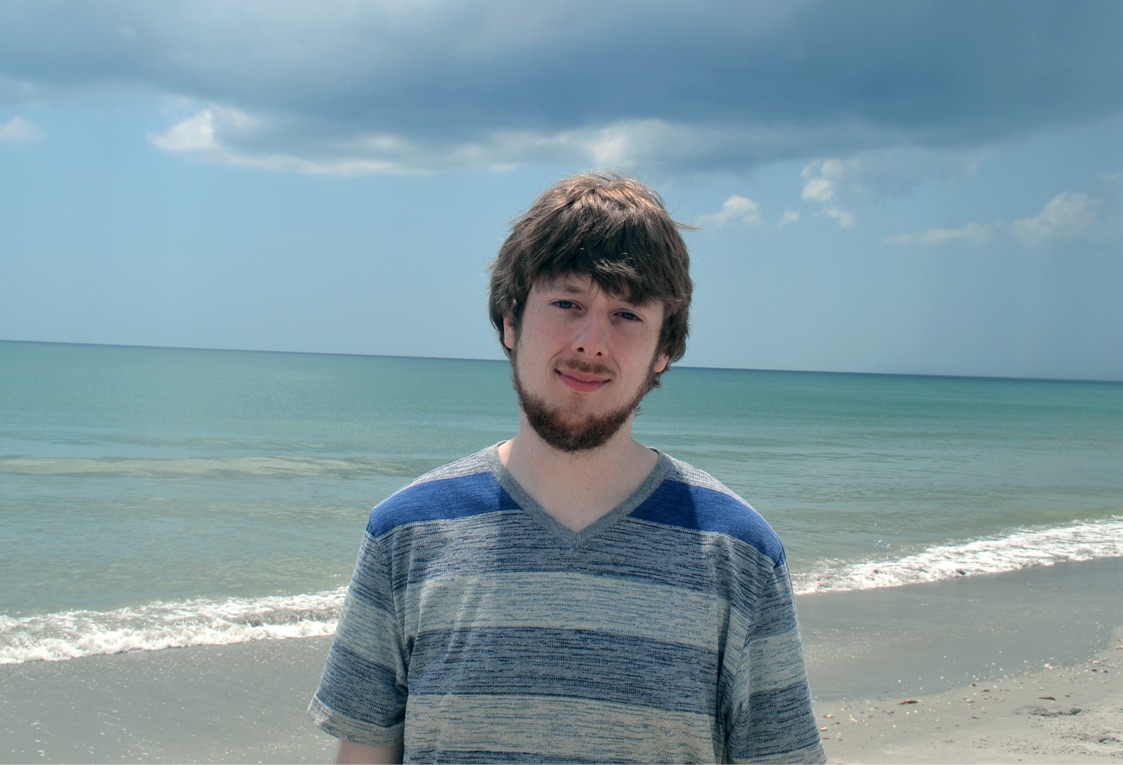 Where did the idea for The Path of Motus originate from?

A few years back when I was in college I became frustrated at a lot of video games I was playing. It seemed that every title was either a 300 hour game that required a huge sacrifice in your time, or a first person shooter where you kill hundreds of people. Around this time I was consuming a lot of film and music that challenged my perspective on things in life, and I wondered if video games were capable of doing the same thing. So, the concept of the game came from a very intellectual place…but eventually I decided on what I actually wanted to do.

Since games are primarily about challenge, I wanted to make a game about someone trying to pursue their dreams in life. I knew from personal experience that many creative people are ridiculed for trying to pursue their dreams; people will say you’re crazy and it will never work. I wanted to represent that in the game, so I made a “verbal combat” system where words have the power to destroy you. The initial theme of the game was perseverance, and I finished this early version in 2012.

When we started on the final version of Path of Motus in 2015, it grew into something more. I wanted to dive into the backstory of the bullies you face, and see what causes them to behave that way. Eventually, without spoiling too much of the game, I realized that the player’s own actions could be a lens for exploring why people bully as well.

How did you approach the psychology of the gameplay to create meaningful outcomes throughout the story?

In school I was a weird person when it came to certain things. There were bullies that did horrible things to some of my friends and peers. But instead of feeling disgust towards the bully, I was more interested in trying to understand why they were doing this. I wanted to know what drives someone to have no compassion for other people; I believe having this knowledge is the first step towards reducing this type of behavior in the long term.

Eventually, I befriended a few of them and it’s probably not surprising what I found out: they had either been bullied themselves earlier in life, had bad family lives or were simply jealous of other people. I’m sure there are many more reasons why people resort to this type of behavior, but I think generally speaking it boils down to the person not loving themselves in some way. I hesitate to use the word insecurity, but they’re not comfortable in their own skin for some reason or another…however you want to word that.

I kept all of this in mind as I designed the game. There are moments where harmless people turn into bullies because of jealousy and there are notes that explore the backstory of the bullies. Most importantly, the player’s own actions later provide an introspective moment for us to have.

From a storytelling perspective, where did you find your inspiration to create something with such a unique tale?

A lot of things in the game are from personal experiences in my life, but not everything! I pulled from such a vast body of experiences and interests to come up with this game, it’s hard to point to one thing. Obviously, my career as an independent game developer provided the initial spark for the idea. Later on I added in things from my childhood and adult years, my interest in psychology, my interest in using gameplay to convey important messages and ideas – a lot of things came together to form the final product!

In the game you reward players for choosing the non-combat route with an interesting path. How important was this to you to offer a non-combative option?

SPOILER ALERT! If you’re going to play the game I wouldn’t read this answer.

So, it was very important to have the non-combat option in the game but I didn’t want it to be obvious. I knew from my testing sessions that most people would start playing the game aggressively, and I wanted to have some commentary on that. What I see is that most people play the game violently, but towards the end of chapter two there’s a moment where they really think about their own actions and completely change their playstyle. Most people do this, but not everyone – there have been a few people play the game that never understand that this is an option; but I think that’s how it should be. I want players to figure this out for themselves, because it provides a powerful moment.

What was your process in creating a character that throughout the course of the game is growing up? How did you map out the stages of evolution for Motus?

From the beginning, I knew this game would have universal themes that all ages could relate to. I’ve known many people that had big ideas as a child, but as they grow up, society kind of beats those ideas out of your head. I hope the game serves as a warning to younger folks; there will be many people and societal pressures that will try to change you into something you’re not…it’s hard to stay true to yourself, but in the end I think it’s worth it. For older folks, they don’t need the warning because they already see it in their daily lives. In the last few days I’ve read so many reviews from older people that really connected with these parts of the game; one person even said it gave him hope for the future.

How did you come up with the concept of Thought Puzzles and Verbal Combat?

I wanted to express important ideas in a way that’s unique to games. Many games rely on narrative or cutscenes to make their point, but I wanted the gameplay to be the main driver of the important ideas. The Thought Door puzzles were designed to convey specific ideas that tie back into the story. For example, early on in the game you enter a cave and find a poem about Motus feeling isolated and alone from the rest of the world. However, no matter how much he wants to be alone he will always be connected to other people. Immediately after that you solve some line puzzles on a door, and they were designed in a way where most people try to isolate the nodes into two different partitions. When this happens, a voice over from the poem plays and then people see that the nodes must all be connected. The game does a lot of subtle nonverbal things like this!

For the Verbal Combat, my idea was similar. I wanted some of the combat moments in the game to feel pretty brutal and unfair, I wanted them to force you to think outside of the box to find a way around the enemies. Some people have criticized the game for being too unfair in these moments, but I’ve also had bullying victims tell me that they really relate to these sections because of what they’ve been through. I wanted the gameplay to reinforce the story and themes.

What message(s) do you want to bring to people that play The Path of Motus? What do you want them to experience?

Perseverance and empathy are the main things I’d like people to take away, but in the past few days I’ve read reviews where people have taken all types of things away from playing. People with depression really connected with the game, so that was moving to read. I hope each person puts themselves into the experience and takes away something special that relates to their own life.

How do you think games can educate people and improve emotional wellness and self-worth?

Well, this may surprise you but I think educational games have a tendency to be pretty bad. I’ve read thoughts from people who worked on The Oregon Trail (probably the greatest educational game) who say the same thing. I think there’s a tendency for educational game designers to make things that are really dry and inauthentic. I didn’t set out to make an educational game, I was just interested in expressing these ideas in a way that’s unique to games. The byproduct of this is a game that has a lot of important ideas to share, but folks don’t feel that the game is dry or preachy. I think it comes across as interesting, engaging and real, and that’s something I think younger folks can really relate to. Kids can tell when people are trying to cram multiplication facts down their throats and then throw some sugary fun gameplay on top. People can sense when something isn’t from the heart. I think games can educate and improve emotional wellness and self-worth once enough of us start to design games from our hearts, instead of being motivated by more business-like mindsets. I know that’s pretty cliché, but you really do get what you put into something.

Where do you see the future of gaming? How do you feel it will evolve?

I think the future of gaming is in the hands of smaller game developers that are making expressive games that tackle more serious subject matters. The game designers that are experimenting with these approaches will lead the way for the rest of the industry once we have a big enough body of work to point towards. Unfortunately, I think we’re just getting started with that so it will probably be many years before we get everything figured out. It’s an exciting time to be a game designer because I feel like I’m contributing to some type of game design revolution haha.

I expect the game to gradually snowball as the year goes on; I’ll be working on getting the game in front of more and more people. While I work on that I’m also looking forward to making some smaller games in my spare time!

In ten words or less, why should somebody reading this explore The Path of Motus?

It’s not like any other game I can think of.

We want to say a huge thank you to Michael for choosing to partner with Cybersmile and offering us the opportunity to work alongside such a meaningful game. For further information about Cybersmile and the work we do, please explore the suggestions below.

What are your thoughts about our partnership with Michael and The Path of Motus? Share your views by contacting us or tweet us @CybersmileHQ!