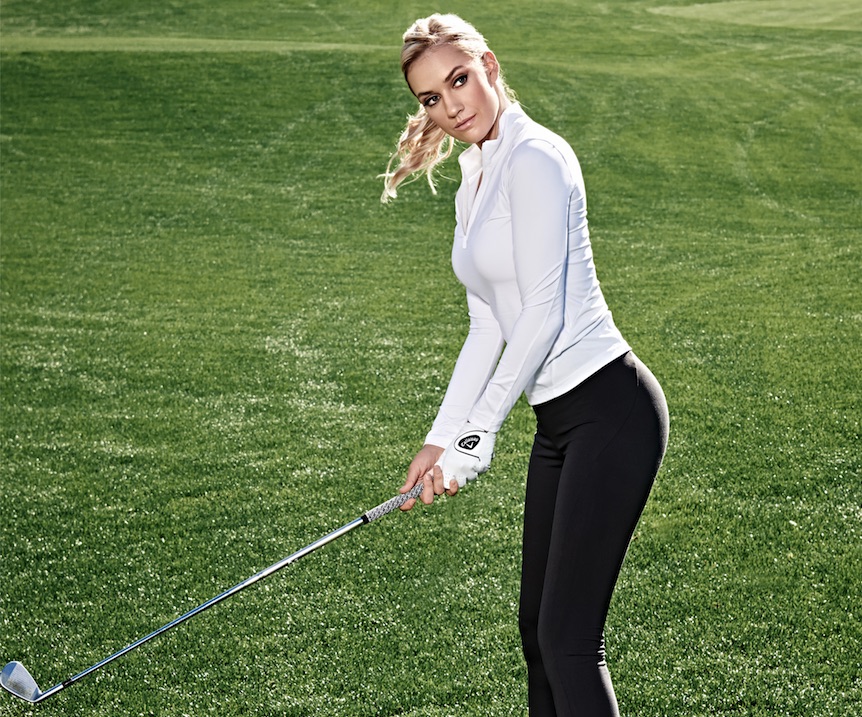 The fact that Paige suffers online abuse daily and still maintains such a positive and healthy perspective is an inspiration – we are so proud to call her an Ambassador!

What would you say to someone who thinks cyberbullying is a joke?

So I get this question a lot and I had a press conference where I was talking about cyberbullying and I got a lot of comments where people were like, “Just turn it off. Don’t go on social media. It’s not a big deal. It’s not a big problem.” And it is a big problem. It really affects my life. I know it affects everyone else’s life and I think that is the bigger issue regarding cyberbullying. It’s that people don’t take it seriously because they think that if it is not directly to your face, that it’s not harmful but I think it’s actually more harmful because you don’t know who this person is. It could be somebody you know, it could be someone you don’t know, it could be somebody who is really close to you under a different name and I think that’s what’s so scary about it and it’s a serious problem.

Have you ever suffered from cyberbullying or online abuse? If so, how did, or do you cope with it?

Yes. I get it daily. It doesn’t matter if it’s on Twitter, Facebook, Instagram, I do receive a lot of hate, and I think everyone does and it’s really difficult to deal with. It’s taken me a long time to kind of figure it out. In the beginning, everyone’s like, “just ignore it,” but that didn’t really work for me. If I see a negative comment it stays with me and I can’t just forget about it or delete it so I’ve actually started to privately message the person and ask questions, get to know them a little bit, show them love. Usually when I show them love, then I receive love back from them, so I think you need to put a positive vibe out there and I think you’ll receive positivity.

Why do you think cyberbullying and online abuse has become such a big problem?

I think cyberbullying is such a big problem now because we’re always on our phones. It’s the first thing we do when we wake up. We check our phones. We check social media, Twitter, Instagram, Facebook and you receive hate. It’s everywhere. It’s constantly surrounding you and I think it’s different because before you’d go to school and you’d just see that person maybe for a little bit but now you can receive hate at any time of day from anyone around the world and that’s really scary that anyone can contact you or anyone can send you these messages. I think that’s why it’s such a problem because it’s on a much larger global scale now.

What do you think can or should be done to reduce the amount of cyberbullying and digital abuse in the world?

I think there needs to be stricter regulations and laws set in place. I know that I’ve reported someone on Facebook before and they said that it wasn’t serious enough to remove the comment or to remove the profile but his comments were extremely rude. They were very hurtful and it was kind of surprising that they didn’t really have a reaction to it. In the email they sent me, it was just an automatic response of this is what you can do, and block this person, and I don’t think it’s fair that I’m following the guidelines and this person is not. There’s nothing really that’s happening and I feel kind of hopeless sometimes because there’s all these people saying all these negative kinds of things but nothing is really happening.

What advice would you give to somebody being affected by cyberbullying or online abuse?

I think the first thing we have to realize is that you’re the victim in this. It’s not your fault. It’s nothing that you’re doing wrong to be receiving hate and you need to realize that it’s something that they’re dealing with. It’s their issues. It’s their insecurities and it’s not you. There’s nothing you’re doing to deserve this and also I think you need to speak to people who are also dealing with this too. I know sometimes that I deal with it different than other people and it affects me a lot more than say someone else who can just forget about it. And so it’s hard talking to someone if you’re really affected by cyberbullying and the other person is not. So talk to people who are also dealing with it and that’s a problem for them and they can give you helpful tips and strategies to get over it and just be part of a community, so you can talk about these things.

I know sometimes it’s really hard to talk about because you feel like maybe you’re not cool or that you’re doing something wrong and that’s not the case and it’s nothing to do with you so just realize that and talk to other people about it.

I think my favorite is definitely Instagram. I think it’s the most fun because you can share pictures, videos and you can still comment back to people so it kind of incorporates everything and it’s easy for me to connect with everyone from all over the world and my family, seeing what they’re doing and I love looking at my friend’s pictures and where they’ve been, where they’re going and I think it’s just the most fun.

It’s a curse because some people ruin great things for other people and they want to try to bring other people down and it’s a very easy way to connect with someone and to share hate with them and to make the experience negative for people who are trying to enjoy it.

That’s what we’re working on, in trying to make it better so it is a blessing for everyone and everyone can have an enjoyable experience online without the fear of receiving hate or it being a negative experience.

Do you have a favorite mantra or positive saying that you use to motivate yourself?

My sister said that you could be the juiciest most delicious peach but there are still people out there that don’t like peaches and that really stuck with me because in the beginning I always thought that it was my fault whether it was something I was doing that people didn’t like me and I deserved it and that’s totally not true at all. There’s people out there who may just not like what I’m doing or have a difference of opinion and that’s totally ok but that doesn’t mean that you should abuse the peach! Just past right by it and I think that’s what we’re working on – trying to create a better environment where instead of saying your opinion and hurting someone, you just pass on by because it’s totally ok to have a difference of opinion or something that you like that’s different but it doesn’t mean you have to bring the other person down to prove your point.

So we’re trying to make it positive and there’s nothing wrong with you, it’s just you need a creative, good environment for everyone.

A huge thank you to Paige for taking the time to do this interview and for her honesty in answering the questions. If you are affected by any online negativity you can visit our total access support section to see the various ways we can help you, or alternatively check out our cyberbullying and online abuse help center. For more information about Cybersmile and the work we do, please explore the following suggestions.

What are your thoughts on cyberbullying and social media? Tweet us @CybersmileHQ.