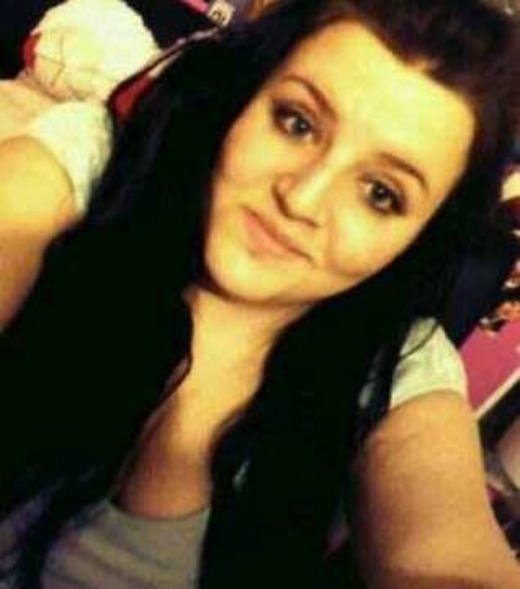 I just wanted to share my story with other people to show them how I dealt with being bullied.

I am 16 years old and for 10 years of my life I was bullied severely. There was different forms of bullying that I recieved, physical, emotional, cyber-bullying you name it, it probably happened to me. I self harmed and attempted suicide several times.

I don’t know why they victimized me, I guess you could say I was a easy target. I’d let things get to me easily and I’d force myself not to react to them. I didn’t tell anyone what was going on either which was a big mistake.

For the first 4 years there wasn’t much cyber-bullying going on but after that there was loads. All I would have to do is write a status and someone would comment saying something horrible to me.

One time I changed my profile photo on Facebook to me and my best friend and people started commenting horrible things for example, someone wrote ‘UR YOUR SO UGLY’, another person said to my best friend ‘Why would you be friends with that for she is fat and ugly’ I didn’t post photos of after that and I never wrote a status. I thought if I did that then maybe they would think I’ve left Facebook. But no, they then started to inbox me calling me every name under the sun. It was hard to deal with especially after someone told me to go die with my granddad. That is when I lost it. I lost my temper and took it out on myself.

I went to extreme lengths to not go to school, I’d wake up early lock my self in the wardrobe (silly I know), I would put my face over a boiling hot bowl of water to make it look like I had the sweats and a high temperature, I’d spray my face with water, I’d put a hot water bottle on my stomach and make my self sick. I did everything in my power to stop my self from going to school.

It was the worst mistake of my life. When I went back to school people would start calling me names and beating me up which resulted in me having bones broken. I hated my life and wanted to die. I then stopped going on Facebook and just locked myself away from people outside.

I took up learning piano, writing songs, writing stories and learning guitar just to get my mind off things, then my cousin introduced me to Ask FM. Me being me connected it to Facebook thinking nothing would come of it but I got hate comments on there as well, they were extremely hurtful, some told me to go die in a hole, to go grab a gun and shoot my self, saying I was worthless, unwanted, ugly, stupid, fat and deserved to die. I of course believed them and hurt myself over them.

I made a twitter in 2010 but got hate on there so in either 2011 or 2012 I made a new twitter and blocked every person I knew. That really helped, they stopped contacting me after that. I’d get the odd comment, tweet, inbox getting hated on but I learnt to ignore it.

Due to everything that has gone on I now suffer with depression, social anxiety and trust issues. I have been seeing a counsellor for the last 5 years and I have even gone to a mental health doctor due to the mental scars it has given me. But it does get easier, speaking to someone helps a lot. It takes a massive weight off your shoulders. The last two years haven’t been the best years for me but I have been able to deal with it without hurting my self, I am happier than I was all those years a go. I am a better person than I have ever been and I have a lot of people supporting me. I lost a lot of friends due to bullying, me and my other friends call it ‘bullycide’ and we don’t want to see anyone else ending their lives.

I like the saying ‘Don’t make a permanent decision on a temporary problem’. You are beautiful, strong and you belong in this world. Whether you think it or not there are always people there to speak to you, to listen to you, to support you. My scars are my battle wounds and it shows just how strong I have been.

I found the Cybersmile website through High School Story, which is a really good game by the way. I looked through the website and then decided I wanted to help, so I tweeted that I wanted to be a cybersmiler (#imacybersmiler). If anyone wants to speak to me please just tweet or DM me at @Courtt_1D. Never bottle your emotions up, there always people there to speak to you, people who understand you and can help you.

I am the happiest I have ever been after speaking to someone and finding Cybersmile!