Counterfeit corner – grab more than you bargained for! 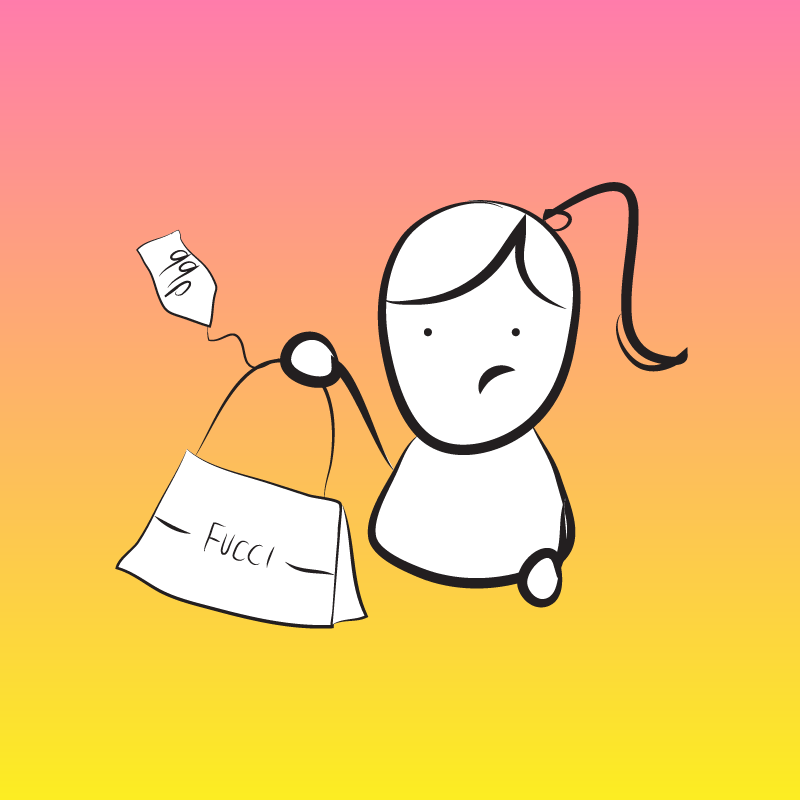 Have you ever been out shopping, or been browsing online and found makeup, hair straighteners or trainers, for an absolute bargain price? A price that some might say, is just too good to be true? Although it may seem like too good an offer to miss at the time, I’d like you to just stop and consider for a moment, why they might be so cheap.

If a set of hair straighteners for example retail at say, £100, but you find a little website selling them (brand new, unused) for £30, surely you have to question how they can sell them at such a low price? The way I see it, there are four possible explanations here; 1) the seller is working at a loss (which let’s be honest here, is highly unlikely), 2) the items are ‘end of line’, therefore they are selling them off cheap to make room for new stock (a definite possibility, we’ll talk more about this later), 3) the items are stolen, therefore the seller is happy to take any amount for them as its all profit, or 4) the item is a counterfeit (fake) so isn’t worth the full retail price of the real one. Based on experience, 3 or 4 is usually the case, they are either stolen goods, or more likely, counterfeit.

While some might be quite happy to have counterfeit items, I think its time people actually stopped and thought about how the manufacturers of these items make them so affordable. Just imagine for a moment, that you are looking to create and sell your own version of a popular brand of eye shadow, or perfume. Now, first things first, you need to make it for as little money as possible, in order to maximise your profits. So where are you going to cut corners to save that money? OK, first, ingredients. High quality, tested ingredients, well they’re quite expensive. I know, I’ll use maybe one or two of them, to make it look and smell real but I’ll substitute some of the others for much cheaper products. Am I going to spend time and money researching these cheaper ingredients to make sure they’re safe? Of course not! I’m sure they’ll be fine! If there’s a corner to cut, I’m going to cut it! It’s all about the profit! But what if someone gets a rash or skin irritation from it? That’s ok, I’ll be long gone by then…

So, these low quality substitute ingredients, what do you suppose these might be? (Prepare yourself as you might be about to get a little grossed out.) It was in the news this week that a number of seized counterfeit make up items that had been subject to testing by the City of London Police, were found to contain rat droppings, human urine and toxic chemicals, among other nasty things. Rat droppings… and you’re putting this on your face??

Don’t think that cosmetic items are the only problem, although the fact you put them on your skin makes them a major issue, counterfeit electrical appliances are also a huge concern. Cheap hair straighteners, phone chargers etc. are also often made from cheap materials, many that are not adequately tested for fire resistance and are capable of causing serious harm to those who use them. Personally, I don’t understand why anyone would want to plug a cheap electrical item into their wall, the minute you do you are placing yourself at risk of electrocution, or of causing a fire. Not so long ago a friend (who shall remain nameless), was busy telling me about this cheap Apple iPhone charger he bought on the Internet, “it was like, a quarter of the price of one from Apple – its only a charger, what does it matter who makes it?” he said. Two days later I received an email from him, with a photograph, showing a burnt out charger that had exploded out of the wall and catapulted itself across the kitchen. Luckily, it hadn’t caught fire and it hadn’t hit anyone mid flight, so no one was injured, but I think it goes without saying it could have ended very differently.

I’m all for a good bargain (who isn’t?) and as I said earlier, there is the possibility that products advertised at a much cheaper price may be genuine end of season stock that just needs to be cleared. Often people sell products at a loss just to make room for the new stock, so this is where common sense comes in, deciding who is selling legitimate products and who is selling counterfeits. If you’re buying direct from the manufacturer, then you should be ok. If you’re buying from a reputable shop, who has been around for a long time and has a reputation for selling “pukka” gear, as they say in the south (or so I’m told) then again, you’re probably ok. If you’re buying from an individual, or a website you’ve never heard of that sells a lot of very cheap “designer” items, then just keep your wits about you, as this is the place the counterfeits are likely to be. The same goes for social media selling pages, they are also a breeding ground for fake goods.

If you take only one thing away from this blog, please make it the saying “if it seems too good to be true, then it probably is”. This literally could not be more important when considering “bargains” whilst shopping. There is a reason these things are so cheap, and I seriously don’t think it’s worth the risk, all for the sake of saving a few pounds. While I’m not saying that all cheap items are counterfeits, as some may just be on sale, it’s up to you to decide which is which. If you always shop on reputable websites, then there’s a good chance the products you buy are genuine. I’d advise staying away from suspicious looking websites which are full to the brim of designer items for a fraction of the cost (I’ll be telling to how to spot fake websites in the coming weeks) and just keep your wits about you when visiting markets, or social media selling pages, (like on Facebook). So, to summarise:

Until next time, stay safe!