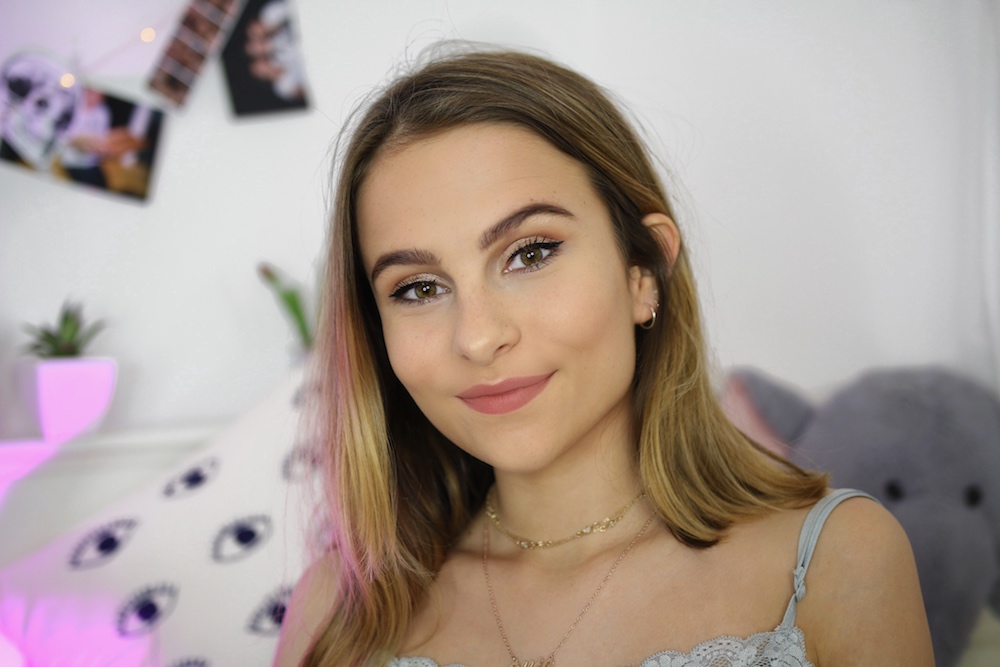 If you are affected by cyberbullying or online abuse, take Evie's advice by not bottling it up and talk to someone! Our trained support advisors can be accessed by following the links within the article below.

I love Instagram because it’s a great way to see what people are up to, and to connect, interact, and share photos.

I think it’s mainly a blessing, as it enables you to connect to so many different people from so many different places. I would never have met many of my best friends if it wasn’t for social media. But because it means people can hide behind a screen, it is also a platform for people to say things that they really wouldn’t if they were standing in front of you. That seems to make some people feel they have the right to literally say whatever they want.

Have you ever been affected by cyberbullying or online abuse?

The vast majority of people are positive, but I have had a lot of nasty messages – often from the same people over and over again. Some of them are incredibly personal, and are clearly written to try and cause the most amount of upset.

How does cyberbullying make you feel?

It used to make me quite upset and sometimes a bit scared – I think because I actually believed what they said at first. But I’ve learnt that some people just make things up and say horrible things for no reason to get attention and you must remember to try and ignore it. I think it’s impossible not to let personal comments affect you a little, but I’m certainly much better at not letting it get to me now – and I know it’s just part of being online, which is sad but true!

What would your message be to someone who thinks cyberbullying is a joke?

I would ask them if they have ever experienced it themselves. They probably haven’t, in which case they have no right to joke about it. And try and make them understand that their attitude is actually supporting cyberbullying. It is also important for people cyberbullying to know that just one comment could be the tipping point for someone because everyone has things they are going through outside the online world. How would they feel if someone they loved was being bullied?

What advice would you give to someone being cyberbullied or abused online?

Firstly, do not react! Bullies are looking for a reaction – so don’t give them one. Don’t feed them, block and report them. And as you are blocking them, just tell yourself that you are not going to let people like that affect your life.

And remember that you are not alone. Unfortunately, there is a lot of it out there, and lots and lots of people are having to deal with it also. So talk to someone. Don’t bottle it up. It’s good to talk.

What do you think needs to be done to reduce the amount of negativity on the internet?

I think there needs to be more awareness of the real harm that bullying can do, and also more awareness of what you can do about it. It should be discussed in schools, and children should understand that being a cyberbully is not cool.

Do you have a positive mantra or saying that you use to motivate yourself?

I like to think that everything happens for a reason, and therefore everything is a chance to learn and improve. Cyberbullying is upsetting, but I’m definitely a stronger person because of it.

What words of advice would you give someone who wants to be a social media star or influencer, but is worried about being abused?

Understand that there will be negativity to deal with – but that there will be a load of good stuff also. Don’t let cyberbullies change what you want to do because at the end of the day, you would be giving them exactly what they want!

Thank you Evie for sharing with us! If you are affected by any kind of online negativity, we can help! Visit our Cyberbullying and Online Abuse Help Center or check out the various ways we can help you through our Total Access Support section. For further information about Cybersmile and our work, please explore the suggestions below.

What are your thoughts on cyberbullying? Tweet us @CybersmileHQ.