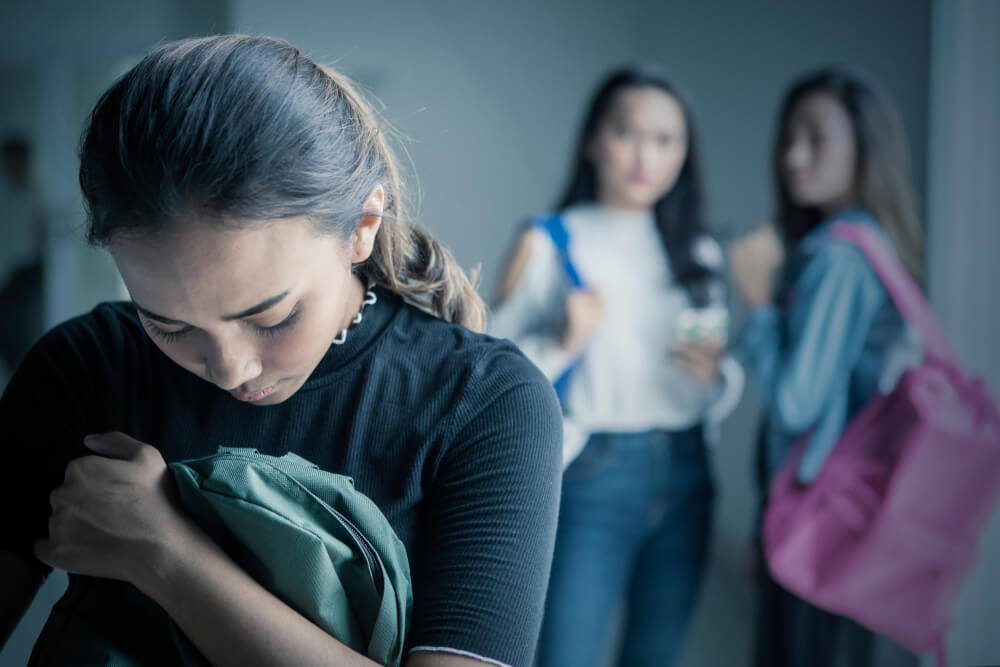 Hi, I’m Nicole and I live in Worcestershire. I found the Cybersmile website whilst dealing with extremely serious cyberbullying and it really helped me so I decided that I’d like to share my story with you.

At the beginning of July 2013, I moved from my home town which is where I grew up, to a whole different area in Worcestershire. I had to leave my friends and family behind because of my stepdad’s work. It was really upsetting for me. Eventually I met some new friends in my new town, and after a few months I met a boyfriend – things didn’t end up too well and we broke up.

His friends fell out with me and the whole group began hating me. First they just tweeted a few things about it; it upset me because I hadn’t ever experienced things like that but I just ignored it. A few weeks passed and they were making rumours up about me, saying that I had slept with about five different lads in the time that I had lived round here, but it wasn’t true in the slightest.

There was one main boy named Sam who was making things up, he posted it all over Twitter and soon everyone believed it. As the stories got passed around, suddenly it changed to eight lads, then nine… By this point I had nobody. Everyone in the town believed Sam and his group of friends, the tweets were getting absolutely disgusting, one girl saying she was going to put bleach down my throat. I continued to ignore it, but I felt as if I had to keep checking Twitter. I wanted to know what people were saying before I got told by someone else, I wanted to prepare myself for people asking questions. I know that this was the worst thing I could be doing, I tried to stop but I felt like I needed to check Twitter everyday.

Things carried on getting a lot worse. My phone was flooded with texts giving me abuse for ‘sleeping with eight lads’ etc. People were asking a lot of questions and people I thought were my close friends completely left me. It was getting so bad I just wanted a way out of it all. I spoke to my mom and she wrote a message on her Twitter account telling everyone that she is aware of what is going on and will continue to monitor it and take appropriate action. My mom even text Sam and my ex boyfriend asking them to stop and just leave me alone, but all they did was write more tweets about me saying that I can’t deal with things myself and I’d ‘just get mommy involved’. For a few days it continued so we screenshotted absolutely everything and took it to the police, but the bullying still didn’t stop. The police told me to shut down my own twitter and just let my mom monitor it, so I did, but even though I wasn’t on twitter anymore, they still continued.

I was so scared even to walk into town because I thought I’d get things shouted at me, and see them all in a big group. Never in my life had I felt so alone. I know I had my family but that’s not the same as having a friend there who would stand by me and believe me. I became so unhappy because everyone hated me, I didn’t have any friends, I just needed someone my age to talk to. It was so hard to carry on with my normal life, getting up, going to school, learning etc. It distracted me a lot from my schoolwork and I became so quiet at school, I didn’t want to speak to anyone.

Things continued to get a lot more serious and so we went back to the police; a boy got a visit from a police officer, but even after the warnings he got, he continued to tweet, saying ‘Nicole got the police on me hahaha’ and other similar things. After that, each night I’ve sat wondering how long this can possibly carry on for; it’s been months and it won’t stop, not even the police could stop it.

I’ve slowly started getting my life back and a couple of friends back, but one of these so called ‘friends’ was throwing a party and of course I wasn’t invited. She told me that the party was cancelled, but I found out she had lied to me. On the night that I found out she lied, I sat there for hours wondering why she’d do that – I soon realized it was because she didn’t want me there because I’m not popular enough and the people going absolutely hate me. I felt that she was embarrassed to even have me at her house. I felt so left out and sad.

Even now all this hate is still going on. I’m still scared to go into town in case I see the people involved in the bullying. I won’t go back on Twitter because I’m scared of the context of the tweets I might see. But I am refusing to give up, there is absolutely no way I’m letting them win, I really want them to learn from what they’ve done and how they’ve treated me, and that is why I reacted. I am aware that you shouldn’t give the bully a reaction but I want the bullies to learn what they’ve done and stop before someone else goes through the same.

It’s been a long battle and I’m still fighting, and I will continue to fight, I am not giving up. It’s so hard to deal with but I’m coping well and I am not letting the nasty bullies win.

I wanted to share my story because on all the websites I’ve been on, I haven’t seen anything like this, and I’d like to raise awareness to my story as I feel it could help a lot of teenagers. Thank you for taking the time to read my story.