A cyberbully close to home? 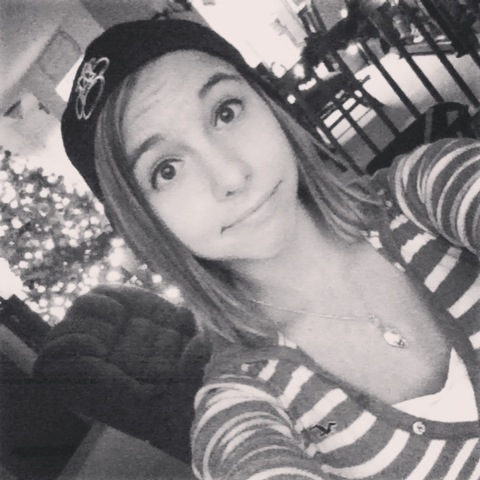 It was during summer vacation in 2013, and I was texting this girl one day, she said her name was Skylar Score. I didn’t know who she was, she said she follows me on Instagram and that she found my kik. So I started talking to her, we had so much in common, then it became a little weird. She started copying my life, saying that she has a Bull Terrier named Lola, just like mine, she said all this stuff that was EXACTLY like mine. I thought it might have been my biological dad, (we had issues and at the time I was living with my mom because I didn’t want to live with him).  I confronted her about it, and she just started saying all this stuff about me that wasn’t true, and calling me names, not like the average bitch or whatever, she said that I was a skank and a whore and a slut. I told her to leave me alone, and then I started saying stuff to her that was mean, but then I soon stopped when I realized I was just adding flames to the fire.

Then things got worse, she made an Instagram page, just to hate on me, called “Meg ******** Hate Page”. And on there she called me everything in the book. She said that I like to have sex and all this stuff. But all my friends stood up for me, but that didn’t help. Finally I told my mom about it, and she contacted Instagram and kik, but they couldn’t do anything about it, I mean of course I blocked her, but that didn’t stop her from posting all that stuff. My friends helped by reporting her and everything she was doing.

Finally it came to an end, her mom took away her phone, and texted me, she said that she was very sorry that this happened, and that her daughter would not get her phone back. I had asked her was doing this to me, but she said she couldn’t tell me, which I thought was total crap. But I was glad it was over.Later into the school year, I was talking about this to my friend’s mom, who is a teacher at the elementary school I went to before all this happened. And she said that there is probably only two girls who would do something like this, I’m not going to name them, but they were two of my close friends, and as I thought harder about it, I realized she was right, and that they’ve done this before in the past. But it also occurred to me that one of these girls was getting bullied by the same person, at the same time, using the same method, but then I thought, maybe they were both involved, but just acting.

I hope that whoever that girl was, learned that that wasn’t right.

And that’s my cyberbullying story,

If you have been affected by cyberbullying on Instagram or Kik, you can find information on how to deal with these issues in our Social Networks & Apps page in the Help Centre.